Besinnet, Ada M. (d. 1936) From Encyclopedia of Occultism and Parapsychology
American physical medium who produced psychic lights, direct voices known for singing and whistling, and materializations. She was married to William Wallace Roche and lived for many years in Toledo, Ohio.

After a formal investigation during 1909-10 in 70 test sittings, James H. Hyslop wrote in Proceedings of the American Society for Psychical Research (vol. 5, 1911) that the medium produced phenomena herself, but while in a hysterical state of secondary personality and without the slightest degree of moral responsibility in her own person for the fraud. After six months of study, the British College for Psychic Science in London reached the opposite conclusion in 1921. According to J. Hewat McKenzie 's report in Psychic Science (April 1922), those actions of the medium which Hyslop attributed to hysteria could be fully accounted for as due to the action of controlling spirits.

Dr. Hereward Carrington concluded in The Story of Psychic Science (1930), "My own sittings with this medium left me entirely unconvinced of their genuineness." Nevertheless, he admitted that he observed very curious lights at a séance in 1922. On request, the lights hovered for a few moments over exposed photographic plates, and the plates, when developed, showed unusual markings that he failed to obtain by artificial means.

Besinnet had two principal controls, both Indians: "Pansy," a little girl, and "Black Cloud." As a rule Besinnet sat in the dark, unbound; then during the séance, as a feat of her stock performance, her hands and feet were often tied to her chair by invisible hands. The sitters usually did not join hands, but placed them on the table. Her materializations were incomplete. The faces seen had a corpse-like appearance and often resembled her own face. It is said that she disappeared several times from the séance room altogether and was found transported in a deep coma in another room. In Glimpses of the Next State (1911), Osborne Moore described several séances with the medium. He found the phenomena supernormal and entirely convincing. Besinnet died in 1936. 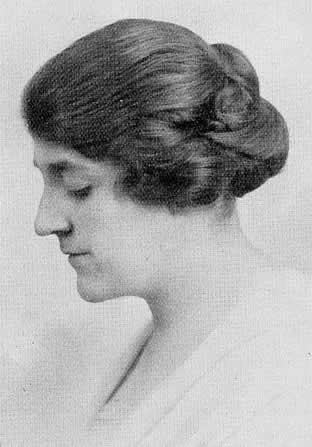 Many Thanks for that