quite a mouthful but accurate, Lis!

Oh I need a drink now - it must be happy hour somewhere in the world!

We,ll have a drink for you Mac its happy hour here.

Admin wrote:We,ll have a drink for you Mac its happy hour here.

cheers! I figured it must be that time 'down under' so I've already started! prost!

Lis wrote:See, I knew I was right that you are mentally as tough as old boots, so not all that I have written is biased after all is it!

While I take your point that your colleague with what you describe as impressive qualifications has prior to the exposure "concurred" on the "possibility of a fragile mental state", and we should, perhaps, take that fragility into consideration, the reality is, after all, that the person who is the subject of this discussion has in reality, committed a crime against the people they have defrauded.

They have committed an act that has defiled Spiritualism and the integrity of physical mediumship and placed all other current physical mediums under the spotlight of suspicion. If that person were subject to a court of law, no doubt their mental incapacities might be argued as mitigating circumstances in determining the severity of the sentence, but it would not, given their actual conduct over a very long period of time, prevent a finding of guilt.

It is a sad reality that people do commit crimes or inappropriate behaviour as a result of their behavioural dysfunctions or personality defects, must, ultimately, face the consequences of their actions, however much we might sympathise with their mental frailty.

Sorry, Liz, I dont agree with you, that person is not subject to any court proceedings, not even the trading standards in the UK want a bar of it, yes although his behavior was unforgivable, we need to realize its not the behavior of a rational individual, I for one dont wish to contribute in a negative way to a persons fragile mental state, I dont know the man, I only ever met him once, I have never sat in one of his seances, all I see is the constant onslaught of so called spiritual people. 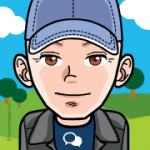 I do know the man & I have in actual fact sat in at least 4 séances of the current person being discussed in this thread. Also I can attest to the fact that while he may have personality disorders the likes of narcissism, he is in no way a 'fragile' person. In actual fact the séance that was the worst and most obviously fraudulent, as I think I had told you David your former circle leader a gentleman by the name of David sat next to me. The obviousness of the fraud had him furious at the end of the séance, so much so that he demanded to see the medium in question right there and then.

We also addressed many questions to this medium after we returned to QLD (4 of us attended that séance). Just as we did with you. We got a similar response, no answers to the queries and a very aggressive backlash. For the two years following us questioning his work, he became a voracious agitator of the AAS, and at every opportunity would publicly try to discredit or slander us.

Always, when we privately approached him to retract his remarks, and reminding him that we have 4 independent reports on this particular séance, he would quickly delete his remarks. Then wait for the next opportunity. VZ was in attendance at this séance as well so if you want to check, I am sure with his wealth of knowledge and experience with this particular medium he would be a good one to consult.

I am sure he became 'fragile' after being caught out but if he had never been caught I am sure he would have continued on with the same arrogance he has shown to us over years of dealing with him.

Thank you for sharing your knowledge regarding the person whose conduct, it would seem, may have been the final catalyst for Psychic News deciding to mount its TRUTH campaign.

Sadly, reports of the kind of behaviour you have described seem all too common in the field of physical mediumship. It does little to encourage people to feel confident in the reality of physical phenomena and spirit interaction with our world.

Locked until further discussion is warranted