This is not the same piece Z had but good enough

One of the most extraordinary séances of all time has taken place in Johannesburg, South Africa.

It was a joint séance at which two powerful physical mediums, Alec Harris and Keith Rhinehart, were linked by a broad stream of ectoplasm, and ten figures materialised.

The séance was given by Harris in return for one of Rhinehart's he attended in company with nearly 50 others, which went on for four hours!

Here he heard pure, fluent Zulu spoken to a native servant of the house by his "dead" father, through Rhinehart's direct-voicemediumship.

The messages to Mr and Mrs Alec Harris included one from her mother, who gave both her Christian and surnames.

At the Harris séance, possibly unique of its kind, Rhinehart, the American medium who is on a round-the-world tour, sat with a dozen others and watched several figures materialise, including a spirit guide of his whom he recognised and conversed with.

This amazing figure had a spirit light glowing inside his ectoplasmic head, and shining through the eye sockets!

Then a tall materialised spirit figure, known as the"scientist", appeared bathed in a strong bluish light, put his hands on Rhinehart's solar plexus and drew forth a long stream of ectoplasm.

This he stretched and broadened as he walked backwards to Harris, to whose body he joined it.

He next took a section of the ectoplasm to a sitter and told him he was going to give him healing.

Mrs V. Carleton Jones, who was present, says that the"scientist" fed the ectoplasm into the patient's solar plexus drawing it as he did so from Rhinehart, via Harris.

It was a living force seen by all present, and it broadened and moved in a most amazing way.

Then, in a flash, it was gone!

A further magnificent materialisation occurred when a leading guide of the Harris circle appeared with his whole torso transparent and showing a glowing light within.

His arms were solid and his ectoplasmic draperies hid his lower limbs, but his body was just a shell, with a pulsating light coming and going in a fantastic manner.

Everything that took place was clearly seen in the light of three red bulbs.

Mrs Carleton Jones said that this séance seemed to dispel the theory that two physical mediums cannot sit in the same circle without cancelling each other's power.

"To me, this was among the most wonderful experiences I have ever been privileged to witness."

She has attended scores of voice and materialisation séances.

Mrs Carleton Jones describes Rhinehart's public sittings in Johannesburg as a highlight in the psychic history of that city.

At his voice séance, half a dozen sitters received apports in the form of small hand-painted cards, each with a different subject.

Each came one at a time, through the floating trumpet.

Recipients were asked to feel inside the trumpet and announced that it was empty.

A rattling sound was next heard.

The sitter then said that a card had materialised inside the trumpet.

How truly amazing but sad that this type of mediumship is so rare now. What solid proof it would provide to people that there is no death. I am always in awe of the reports by medical students or physical doctors about how they examined the materialized forms and checked heartbeats, etc.

Thanks Lynn and Mickyb - they are, in my opinion, classic examples of true physical mediumship.

After Z's two stories its good to get a picture of the man involved. 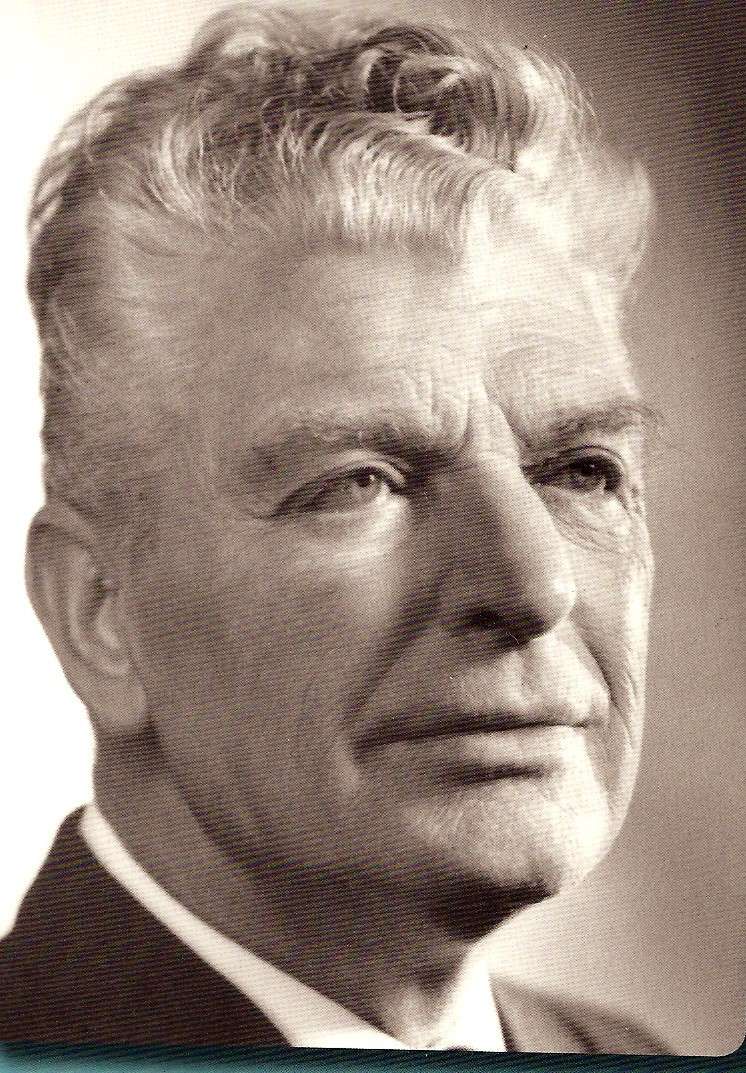 There is a detailed write up with more on his life at this link
http://www.mediums-spiritguides.com/alexharris.htm
I am sure Z will be totally aware of all of this but for the interest of others considering he is clearly one of the very best physical mediums ever seen.

Admin wrote:After Z's two stories its good to get a picture of the man involved.

There is a detailed write up with more on his life at this link
http://www.mediums-spiritguides.com/alexharris.htm
I am sure Z will be totally aware of all of this but for the interest of others considering he is clearly one of the very best physical mediums ever seen.

Frank Brown of the 'Voice Box' site asked me for permission to republish that article:

The Ark Review of February and March 1999.

Reprinted here by kind permission of George Cranley and other Committee Members of the Noah's Ark Society.

I am one of the few people alive today who actually sat with Alec Harris. My account has been published in at least three different books.

It was interesting to read about my experience in Alec Harris' home circle in Johannesburg all those years ago in 1965. It is still very fresh in my memory.
Donald MacLean, Milton Keynes

Welcome Donald, good to see you on this forum. Would you be willing to post a little more about your experience in Alec Harris' seance room? I would greatly appreciate the opportunity to hear more of your memories.

Thanks for the welcome. I remember being asked by one of Alec's guides, Jolkim, if I could stand in front of him. I did so. Jolkim asked me to take his hands. They were warm and quite small, like mine. He asked me to look at his face. It was noble and beautiful. At the time I was only 24 years old. He seemed to have a sort of Jesus-like quality. Later Louie showed me a picture of him on the wall of their sitting room. I wonder where it is now. This was oneof the most memorable experience of my entire life.
Donald Maclean

Hello Donald. It is really good to hear from people who have witnessed this type of thing first hand.

It is wonderful to have another person who has witnessed and experienced this type of Mediumship on this site. I am really glad it brought back such superb memories for you.
Best Wishes
Jim

There were many unexpected occurrences at seances conducted by Alec Harris, as his wife Louie reported in her biography Alec Harris: The Full Story of His Remarkable Physical Mediumship (2009, also reviewed previously). The Harrises were living in Durban, South Africa, having left Cardiff, South Wales, UK in 1957. The following excerpts are from Chapter Eleven "Emigration to South Africa" and Chapter Twelve "Becoming Semi-Professional."

We were renewing acquaintances with many friends in South Africa who had sat with us in Cardiff. One gentleman who we were particularly happy to meet up with again was Hyman Klein. He had been one of the pioneers of Spiritualism in South Africa. He had met his materialised Guide, Shalom, at one of our Cardiff circles. He had then been able to express his thanks to this Spirit who was the inspiration behind the learned and very enlightening lectures which Hyman gave in all parts of South Africa.

Hyman Klein came regularly. At one of the circles which Hyman attended a strange thing happened. A tall Spirit materialised wearing a mask which covered his whole face leaving only his eyes visible. This figure approached Hyman and taking him by the hand led him to the cabinet.

Then in a serious voice he said:

"I want to tell you that flying saucers do exist, although your world is sceptical of any reports of such. But I say to you that they will one day be an established fact, and will arrive on your planet before man destroys himself; but the time is not yet ripe."

With that he turned and disappeared into the darkness of the cabinet, only to return a few seconds later carrying a large model of a flying saucer which stood several feet in height, in fact it was taller than he was himself. "This," he announced, "is the type of machine men from space will use when they come. This is only a model. But this is what it will look like; this is what they will travel in when they come, these people from Space." We all inspected this strange contraption and were fascinated by it.

The Spirit spoke again to Hyman,

"I will be with you on Thursday evening when you attend the Flying Saucer Meeting." Hyman thanked him, wondering how on earth he had known that it was his intention to attend this meeting, which was to be addressed by an investigator and author of several books on this controversial subject. Certainly none of us present at the circle knew anything of the impending lecture. What is more, we had not had an opportunity prior to the sitting of having any conversation with Hyman, apart from the usual greetings, as he had flown in from Johannesburg and had only arrived just in time for the circle.

Naturally there was much discussion over tea after the séance. It was then that we usually analysed and exchanged opinions on anything unusual which had taken place. As the cabinet was very small and only able to contain the medium sitting in his chair, we were mystified how there had been enough room to include a fully materialised man plus that enormous model of a flying saucer which stood taller than the man himself. And what had happened to it once the Spirit returned to the cabinet? It is truly amazing the things that can be done with ectoplasm for that is what it was, an ectoplasmic model which had dematerialised as quickly as it had been materialised.

Flying saucer 'contactee' Truman Bethurum had used the word 'masklike' to describe the faces of the "small men" whom he encountered on a series of visits to a flying saucer as chronicled in his 1954 book Aboard a Flying Saucer. However, the captain of the circular ship was "a beautiful woman." This is how Bethurum described the group of "about eight or ten small sized men" that he saw during the first encounter in the Nevada desert in 1952.

They were fully developed small men. The real difference which struck me so forcibly was that they all seemed to be wearing some sort of uniform—unfamiliar to me. All but two or three of them wore black billed caps with a black band around the bottom. On the bareheaded ones, all whose hair was black and crew cut, one's hair was wavy. And all of them wore jackets like cowboys and trousers of material which reflected a blue-grayish cast under the bright moonlight. Their dark olive hued faces were bland and without lines or blemishes, like the skin was taut and hard over the bone structure.

Bethurum reported that the small men had spoken English and told him, "We have no difficulty with any language." .

If Donald is still lurking, could he comment on this seance or any information additional?