You have to love this 1857 $500 challenge to Spiritualism

You have to love this 1857 $500 challenge to Spiritualism

Especially as its in Hebrew
http://onthemainline.blogspot.com.au/2012/08/on-19th-century-james-randis-500-dollar.html
To Quote

This is an interesting piece in an 1857 issue of Hamaggid. The correspondent, from Boston, writes about Spiritualism, which was very popular in the 19th century. More specifically, about a $500* challenge from skeptics, sponsored by the Boston Courier.

Amazingly, something was lost in the translation, as there was no Chacham Professor Adon Fonton involved in this. From American newspaper accounts it seems that one of the representatives of the Spiritualist side, none other than H. F. Gardner, was based in Fountain House and as far as I can tell that it where a "Fonton" comes in. The other names are correct.

*I know it says/implies "pounds sterling," but from the newspaper accounts we see it was $500. 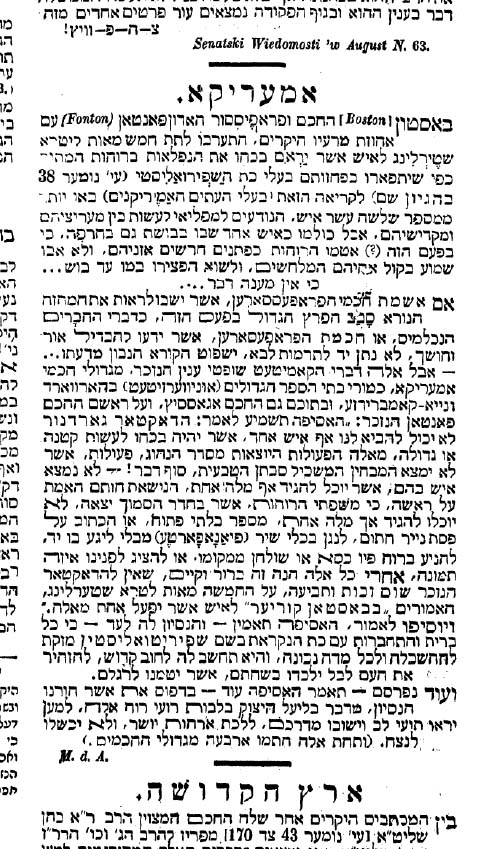 I will have to take their word for it Hebrew is not one of my, among many other failures, strong points