Over the past few weeks I have been asked many times to give my version of the events leading up to the closure of Spiritualism's flagship newspaper. On Friday 20th August, I, along with six loyal staff members, was given my marching orders. Until then I was unable to speak publicly, being under contractual obligation to Psychic Press (1995) Ltd.

However, though I have had to remain silent myself, I have watched with enormous interest the unfolding discussions on this forum, and have marvelled at the perceptive comments posted. The PN team and I have drawn immense comfort from the support we have received here, and from our thousands of readers worldwide.

Freedom of speech is a priceless gift, especially in circumstances where all might not be as it should be. Along with the rest of the PN team, I thank the administrators of this forum for providing a platform on which it has been acceptable to voice all shades of opinion and, at times, to dare to think the unthinkable.

Throughout my editorship of Psychic News, I have tried to take Maurice Barbanell as my role model in all decisions I have made. I would never presume to speak for him, but I can only imagine he would be cheering at the courage shown by some on this forum. 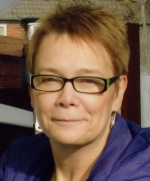 Welcome to our forum Susan. I thank you for your comments. A fundamental purpose of this forum is to present accurate information about Spiritualism, past and present, and especially to review current events in the movement that all Spiritualists need to know about.

What has happened with the closure of Psychic News is a tragedy of immense proportions. There are many, many, Spiritualists around the world who valued this publication and who are devestated that it has ceased publication. That it appears it was done by stealth and dishonesty is a sad indictment of the executive of the SNU.

I encourage you to share your story, what was done to Psychic News, and why you believe what has happened is something Spiritualists everywhere need to be fully informed about.

I totally agree with your comments Lis

It is very sad to think that someone like Susan who embodies Silver Birch's idea of "service being the coin of spirit" would be treated in such a way by people who can barely pay lip service to that ideal.

I can only add my agreement to your comment Wes.

I think once we have had time to look carefully at the editor's remarks on Paranormal Review, it will become very clear that what she has described as "the unthinkable" has really occurred in relation to the actions of the NEC of the SNU.

While the real instigators of this 'crime' against Psychic News, and its staff, may be small in number, they are powerful in position within the SNU, however, all on the executive must ultimately be accountable for what they have allowed to be done in their name.

I can only hope that those responsible will be held accountable.

It is interesting, I would guess some members of the SNU and the non involved NEC would want to dismiss Susan Farrow's comments as sour grapes or lacking in reality.

However think about this, Roy Stemman and Susan Farrow are two experienced editors. I am absolutely certain they would not stick their necks out in this way without having something to back up those words to ensure their position was safe.