I found this wonderful picture of Paul replete on a feed 11 german Mussels (or muscles in football). His air of smug satisfaction struck me so I telepathically asked why he felt so pleased. He explained that he was just enjoying the realisation of the evolutional superiority of the Octopus family over their flawed English predecessors the SNUtipus so carefully described in a recent Psychic News by Geoff Griffiths. As he said even blind freddy, his distant cousin octopus from the line with lesser abilities could see the troubles coming over Psychic News with the SNU. Yet the SNUtipus's tentacles, its psychics and the psychics in the NEC like brain missed it all.

As Paul said real superiority is wonderful whereas misjudged superiority can lead to extinction. 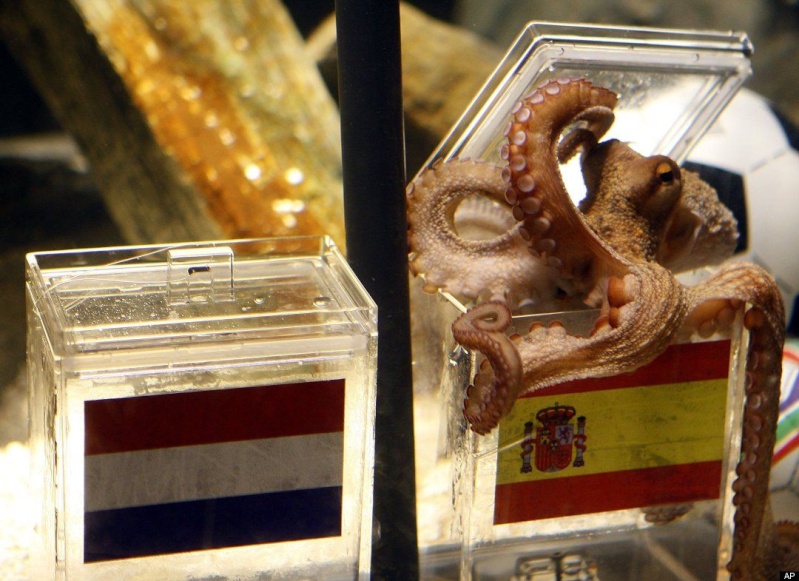