ADMIN note this is difficult to recreate. However I have an interesting story about Sir Oliver Lodge once again from Glendenning Hamilton. Taken from his book Intention and Survival
On November 3, 1929, Black Hawk himself clarified the matter: under any misunderstanding as to that picture. It is not I." "T.G.H.: 'Who is it?' "Black Hawk-Dawn: 'That is a boy who lived a long way from here and I was with him when he had that picture taken. He is a great friend of mine. He was a soldier. His name was Raymond Lodge (spoken forcefully). Send it across the water and wait for a reply. Both of them were soldiers and passed away within a short time of each other. They will both be recognized. The young boy I don't know but I do know Raymond Lodge, the one at the top of the picture. One was a private soldier and one was an officer. I love that boy ... He would love to come into your group but he has a great work to do elsewhere ... I only talk when I am permitted. We are a silent people ... My friends, I love you all. Good night.'"
Dr. Hamilton obtained a copy of Sir Oliver Lodge's book Raymond, and in it found an excellent picture of Raymond. When the teleplasmic miniature was placed beside it, the identity was evident at once, on a firm basis of comparison. Plate 21 is a composite, made by Dr. Hamilton so that the reader may judge for himself. As one studies the two likenesses, one sees that both faces reveal the same well-marked brows, the same eyes with their serious expression, the same nose, the same chin. Yet there are subtle differences. The teleplasmic eyes look more directly forward than do the eyes photographed in life. The highlights of the miniature face show greater contrasts. One also finds the subtle contrast of youth and maturity. Raymond the soldier was a young man of twenty-six; the plasmic face is that of a man who appears to have reached the maturity of middle years. In our opinion such differences add impressive internal evidence supporting the super normal origin of the face. There was an interesting sequel to this identification. On November 12, 1929, Dr. Hamilton had written to Sir Oliver Lodge, enclosing prints of the Raymond plasm, as well as one print of a mass
Plate 20a: Enlargement of face-bearing teleplasm of October 27, 1929. 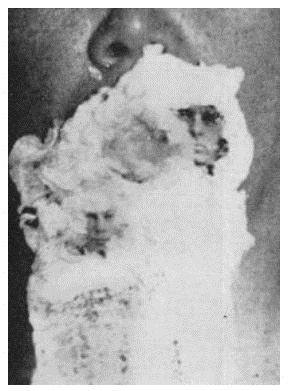 Plate 21: Composite - Raymond in life for comparison with plasmic face of October 27, 1929. 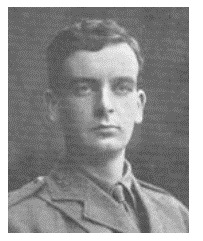 p101
obtained on November 25, 1928, containing five miniature faces, one of which was said to be a 'friend' and another Raymond's grandfather. A few days later found Dr. Hamilton in New York where he addressed the New York Section, A.S.P.R. on November 25. Present at that meeting was John O'Neill, science reporter of the newspaper Brooklyn Eagle. He at once cabled Sir Oliver regarding the authenticity of the Raymond plasm. Sir Oliver cabled a reply, and the next day wrote to Dr. Hamilton:
Normanton House, Lake Salisbury, 26th November, 1929
My dear Sir, I thank you kindly for sending me prints of the curious photographs taken in your laboratory by means of an extensive battery of cameras. You certainly deserve to get results from the trouble and expense you must have incurred. I have seen the Spurgeon reproduction as published previously and was struck with it. The Raymond likeness you now send is quite a reasonably good one, and seems in accordance with Walter's testimony. It is, as you say, not the same photograph, but represents a face very like it. The supposed grandfather I do not recognize nor do I know who the friend is supposed to be. The weak point is that Raymond has never told me that he is making an attempt to get through in this way. If he does hereafter it would add to the value of the evidence. I have had a cable from the Brooklyn Eagle as follows: "IS HAMILTON ECTOPLASMIC PICTURE THAT OF RAYMOND AND AUTHENTIC. CABLE REPLY. BROOKLYN EAGLE. O'NEILL." I hesitated to reply to a newspaper, but as you do not seem averse from publicity I thought it best to send a non-committal answer as follows: "RAYMOND LIKENESS PROBABLE. AUTHENTICITY UNKNOWN. LODGE." Second-hand testimony at a distance of three thousand miles concerning authenticity would be absurd. I thank you for all the material sent, and will not return the photographs unless you wish to receive them back. In some stereoscopic photographs taken in France by Professor Richet the ectoplasm stood out in the room. This is not so in your case; it is flat against the medium's face.
102
With renewed thanks and congratulations on your energy, I am Yours faithfully,
(Signed) Oliver Lodge.

Thanks Z Glendenning Hamilton's research is fascinating there are some great stories. Whilst researching for my PN article about Canadian Prime Minister William Lyon Mckenzie King I noted that the two remained in correspondence over a sustained period.

Were I in Canada I would be working through the Spiritualism Series left to us by Mckenzie King I suspect ther may be some illuminating letters there.

Am I wrong or would Hamilton's work and the equipment he used supported by a University department be the last great in depth scientific study of Mediumship?

Thanks Z Glendenning Hamilton's research is fascinating there are some great stories. Whilst researching for my PN article about Canadian Prime Minister William Lyon Mckenzie King I noted that the two remained in correspondence over a sustained period.

Were I in Canada I would be working through the Spiritualism Series left to us by Mckenzie King I suspect ther may be some illuminating letters there.

Am I wrong or would Hamilton's work and the equipment he used supported by a University department be the last great in depth scientific study of Mediumship?

Without a doubt, Jim - there's certainly been nothing like it since.

The two books worth reading are "Intention and Survival" by T. Glen Hamilton and "Is Survival a Fact" by his daughter Margharet Hamilton B.A.

It is also of note that Hamilton gave a lecture to the British Medical Association:

"The British Medical Association was to meet in Winnipeg in August 1930. As part of the entertainment being planned for visiting delegates, my father was asked by the programme committee not only to exhibit his numerous photographs of telekinesis and teleplasms, but also to address a luncheon meeting which interested delegates and their friends might attend. This took place on August 27, when more than five hundred crowded into the concert hall of the Fort Garry Hotel. Dr. Rennie Swan, who acted as chairman, later wrote:

"His address at the crowded cosmopolitan meeting of educated men and women was one of the high spots of his life. I felt extremely proud of him that day, and was happy that I was in a very humble way privileged to share it with him."

And writing of that same event in the British Psychic Science Quarterly some months later, Mr. H. A. V. Green, Q.C., of Winnipeg said:

"There is no doubt that a step forward in the acknowledgement of psychic research by organised science as a genuine ground for investigation calling for the services of the most highly trained observers, has been made by the recognition extended to Dr. Hamilton by members of the British Medical Association attending its ninety-eighth meeting in Winnipeg."

Thanks again Z it makes you wonder why this type of research has died away, also that quietly he went so much further than so many of his peers.

Admin wrote:Thanks again Z it makes you wonder why this type of research has died away, also that quietly he went so much further than so many of his peers.

Absolutely Jim. As a mutual friend says 'that makes you wonder'!!

Interesting enforced changes to this thread