From a documentary not the centenary

How interesting to see myself on the platform directly behind Eileen Roberts and slightly to the left behind Tony Ortzen at the Centennial meeting!

I vaguely remember someone filming it but I was only shown the photographs.

Also interesting to see so many on the platform who have now passed to the Spirit World.

Gordon, in his opening message, referred to being measured for a coffin - two years later he passed over!

Brilliant, I really enjoyed that, thanks Jim.

Z you will get where water can't lol. Your a very lucky fellow indeed.xx

mandy wrote:Brilliant, I really enjoyed that, thanks Jim.

Z you will get where water can't lol. Your a very lucky fellow indeed.xx

I was on the platform as the President of the East London District Council of the SNU.

Thanks for sharing those most interesting videos, such a nice compliment to have Z express his memory of the event. Thanks Z

Very interesting. I hadn't heard Gordon before. He did give a lot of information and very specific. Even addresses. I enjoyed watching the clips.

Hi Jim,
I really enjoyed that. I've never seen anything with Higginson before. I love his style! Classy, funny, accurate!
Z...you are so fortunate to have been there...you handsome devil!
All the Best,
Steve 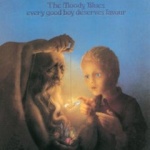 Only saw Gordon once, as it was the second visit to a Spiritualist Church although Lis was talking about him I had no idea who he was. Lis had met him briefly before once on one of the SAGB demonstrations she was invited to do I believe. They did not know one another and he gave her an absolutely brilliant message.

As it followed the great message I had been given on my first visit you can bet I was a believer.

We saw him at the service he ran to re dedicate Ilford Spiritualist Church in its new (and current) premises just after it opened having been forced to move.

At the time they were using the Hall behind the Church which was under repair. Little did I know while watching Gordon that we would be wielding paint brushes there six months later, getting the building ready and Lis would be rushing round re activating the right to hold marriages so we could be married in the main church.

My memory says it was the first event in the Church so on top of guests almost the entire congregation came to watch the event we had about 100 present during the service lol.

I just reviewed the above clips, particularly the mediumship, with a friend. It seems to us there can only be two realistic explanations for what we watched - fraud or genuine communication. Although one could argue that the information did not come from a dead relative but was picked up psychically that seems less likely than the idea that the information came from the source claimed by GH.

So we have three possibilities:

If I consider a) first; on the basis that given the context and nature of the information and the responses of the recipent, I believe fraud is unlikely.

c) is possible also but the information seems too coherent and one can almost hear GH having a conversation with the source of the information. I find it hard to believe that telepathy works like that although I suppose it could.

This leaves me with b) - evidence of survival.

The main issue with b) is that I cannot be sure of the honesty/sanity of the person responding to GH in the audience. I could either assume that the person is lying or at least misleading themselves - this didn't appear to be the case, or that the information is genuinely received and is correct. Over all I would say the conversation sounded genuine to me.

It is hard to argue against evidence like this.
I also liked Gordon's personal style; humorous, somewhat self-deprecating, cajoling. A very impressive piece of evidence.

Glad you all like the videos of Gordon I uploaded to You Tube. Some additional footage of Gordon teaching will be uploaded over the coming weeks and I am also planning to upload some footage of Doris Stokes working in the future.

More information about Gordon Higginson and some audio recordings of him can be found at the recently built website:

More audio recordings will also be uploaded there soon. If anyone has any other audio or video recordings of Gordon, I know that the guy who built the website (Martin Twycross) would be grateful to receive them as he is collecting a number to clean them up and make them available as digital files.

Well done SM you will have gathered how well people have responded to your excellent efforts in uploading teh videos on UTube. I very much look forward to seeing anything else you find especially the Doris Stokes material.

By the way welcome to the site.