Its good that the Paul Miller Book about Frank Leah has been republished well worth a look. You can buy it off the PN site too to give them a bit of extra cash. Here is a taster I did to practise using my new mouse scanner.

FACES OF THE LIVING DEAD The Biography of Frank Leah Written by Paul Miller
If Only I could see his face. That is the heart-cry of the mourner from the moment the body is laid away until time wears down the sharp edge of grief—or until Spiritualism answers the cry and there appears in reality the voice, the touch, the message, or the face of the living dead. It has happened so often that the time has come to record, in lasting form, some of the many cases of evidence which prove, beyond question, that not only do the "dead" live beyond the grave, but that they have the power, under suitable conditions and with the right kind of medium, of posing for their portraits.
Unfortunately for the armies of mourners throughout the world, there is only one medium trained to draw or paint the "dead". This is his story —Frank Leah, a journalist, artist, and medium. He was born with the psychic gift he now employs for the comfort of mourners. Long before he understood its meaning and purpose he was afraid of it. He sees with the eye of the spirit in a special way, for we all have some degree of perception. In most it is buried beneath the cares of the day and of this world; in others its beholding is ignored or dismissed as day-dreams. To others again, as in Leah's case, it flowers as an artistic gift which is employed for a great and beneficent work—the stilling of fear, the soothing of the brooding mind, die comforting of the aching heart, and the kindling of the joy of recollection of the face of the well-known and well-beloved. 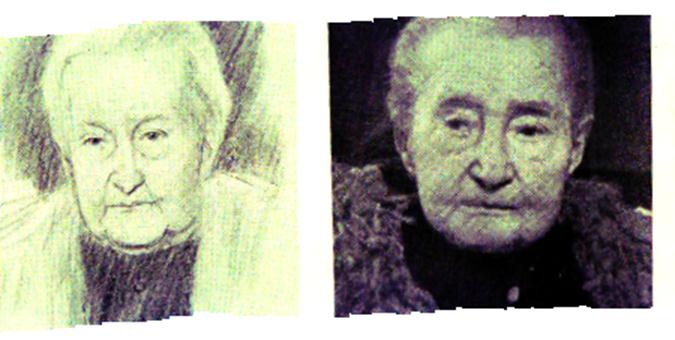