Freedom of voice removed from PM4U

SpiritualismLink :: WELCOME TO THE FORUM - THIS IS ABOUT THE PHILOSOPHY, MEDIUMSHIP AND HISTORY OF SPIRITUALISM PLEASE KEEP ON TOPIC EXCEPT IN THE GENERAL CHAT AREA :: Welcome

Katy I have No problem with opening and closing prayers, And would not open or close a circle without one...
But for me its simple...
1- i open and close in prayer as i believe in God... and for me this shows my respect to spirit and marks our intent,,
2- I have full trust in guides,,, and believe that they are far more equipped and able to deal with anything than we are.
3-I also believe in the universal law of like attracts like

earth angel wrote:normy - daylight only and trance work.
bravo - each to their own. i respect your opinion
E A

I respect your opinion, but you did say "I have some experience in this field, and am both a physical and mental medium and a psychic also." Trance work is not physical mediumship is it, so where does your PM knowledge come from, to enable you to advise and mentor it ? Mine comes from limited physical seance work and much reading.
Thanks, normy

earth angel wrote:
trance is definately a form of physical mediumship
This post wasnt about the different forms of mediumship though, nor what kind of medium i am, so we are off topic here folks.
E A

Sorry earth angel Trance is a part of Mental mediumship an altered mental state whereas Physical Mediumship involves Phenomena and not necessarily tables or trumpets moving which can be telekenesis,

You also lost me by quoting the denizen of 2012, Diana Cooper, who I really cannot take and who's words about the deaths of people in Tsunamis as leaving the planet voluntarily because they know they will not make the dimensional shift to be abhorrent.That Lady is not a Spiritualist and her teachings have no place on this forum. I also note that she has already hedged her bets to a Golden Age in 2030. I have no belief in or acceptance of her archangel channeling so I would not quote her as a basis of your indisputable Fact.

Your interest in the new age channellers and ideas helps explain the difference in views you may be running into on some sites. One like this one does not go along with the new age ideals which incorporate some elements which would never be a part of traditional Spiritualist concepts or ideas.

I suspect that at times this will lead to a total difference in your opinions versus many on here. This could cause some confusion about the reason people may disagree strongly with you.

For those who do not know Diana Cooper here is a link to her site http://www.dianacooper.com/inspiration/pick-your-cards.php

Here are some snippets of wisdom from her newsletters

The soul that reincarnated as Hitler was one of those who caused the fall of Atlantis. However, he impressed onto a great many people that it was their fault even though it was not.

We were told by Kumeka that from a higher spiritual perspective the recession and financial problems of the world are false, created by the decisions of governments world wide. World debt is not actually a debt but a deficit as the money owed is illusory.

When I wrote 2012 and Beyond I talked about the huge floods that were anticipated in Australia, though I did not expect them so soon. I felt quite sick when I heard the news and saw what people were going through, though another part of me recognised that yet another country is in connection with its soul energy and is calling the purification of their land in early. We were originally told that parts of Australia would disappear in the cleansing and I recently heard that some of the flooded towns would not appear again. While on an Earth plane level this seems just dreadful, on a cosmic and planetary level all is in divine right order and souls are attracting the lessons they need.

All in all this whole thing has gebnerated significant financial benefit. I have noticed some differences in these newsletter compared to the one's I originally read.

She (as in Diana Cooper) is not my cuppa tea... Some of the things she writes are 'not' what I would expect from a supposedly more enlightened entity - far from it...

Hi all.
didnt mean to offend mentioning diana cooper for that i apologise. i was merely naming some authors and mediums who talk about protection against the darker spirits. just for the record i too dont resinate with all that she says in her books.
I forgot to mention david ashworth - dancing with the devil as you channel in the light - a very good read for mediums and healers alike.
I like to feel i am open to all aspects of mediumship and spiritualism old and new, as we as spirits are constantly changing and evolving, so too is the movement.
E A 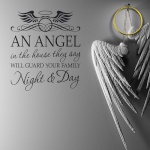 Earth Angel - I'm not offended by you posting her work or mentioning her.. please don't think that...

thats ok then. but Admin was i think

EarthAngel, I don't believe that Admin Jim was offended by your making reference to Diana Cooper - rather he was pointing out that she, and her channelled material have nothing to do with what Spiritualism is about and as such expressing views in accordance with her material might result in people misunderstanding or misconstruing your posts.

From my perspective, while being as you say "open to all aspects of mediumship and spiritualism old and new, as we as spirits are constantly changing and evolving, so too is the movement" the claims and statements made by Cooper have nothing to do with Spiritualism, old or new, or in any sense its evolution.

At one point on her site was a statement, now having been removed, perhaps because it caused such an outcry that even she with her enormous ego could not withstand the criticism, that all the people who died in Japan as a result of the tsunami did so because they were carrying the guilt of Japan's involvement and actions in WW2 - they had to die to release the negative 'karma'. Such utter nonsense and cruel and insensitive claims at a time when huge numbers of people were suffering highlights for me just how mad, and how dangerous she is.

Absolutely correct Lis, I was not offended but felt when her name came up it was important to place context upon what Diana Cooper believes in.

people only have the control you allow them to have, there are other means of expressing yourself and helping others if where you think you belong is not allowing you the opportunity, the spirit will make other and better opportunites available to those who really want to help others. but it is all to do with control and ego as you boil it down to the basic

what is pm4u is there an internet address for it. this is the first i have heard of it?

SpiritualismLink :: WELCOME TO THE FORUM - THIS IS ABOUT THE PHILOSOPHY, MEDIUMSHIP AND HISTORY OF SPIRITUALISM PLEASE KEEP ON TOPIC EXCEPT IN THE GENERAL CHAT AREA :: Welcome