Wes, I am a little surprised at your post given what happened here about the aboriginal issue a few weeks ago and your own actions at that time. That thread has been removed now but your actions at that time were quite conflictual. You seemed to be determined to have some sort of argument then. It really disturbed me.

I was angry, there was no disguising that, at the way that thread had been derailed in a most offensive way. That's consistent with the general thrust of this topic, which is perhaps more concerned with ongoing disruptive behaviour.

If there are posts you and others consider disruptive then simply ignore them and bring the thread back on track yourselves.

For God's sake, we are no longer children. Pardon my exasperation.

I didn't hang around here much in the beginning because the Forum seemed to be dominated by over serious and sometimes grumpy old men. Apologies Petal - you weren't around much when I was first here.

And there were a few other exceptions.

Now that is simply my view.

There are not enough of us here to warrant this kind of nastiness, for heaven's sake

There is a difference between an outburst in one thread that is out of character, and ongoing unseemly behaviour spread across a number of threads. Yes, we may not be children anymore, but sometimes I do wonder. The kind of nastiness I'm referring to on this forum is the repeated needling and baiting of one member by another over something that happened a number of years ago outside of this forum. It's something you might see at school, but hardly something you'd expect to see on a spiritualist forum.

KatyKing wrote:Time was when Spiritualism and Teetotalism marched hand in hand under the banner of abstinence from strong drink a.k.a 'The devil's buttermilk'.
My drink is water bright
from the crystal stream...
An old Lyceum song began...

Keep all your brandy your ale and your wine...
For lips that touch liquor shall never touch mine..
from an old Temperance 'Parlour' song.
Every Lancashire village and town had at least one Temperance bar. Only one left in the county now.

KatyKing wrote:Time was when Spiritualism and Teetotalism marched hand in hand under the banner of abstinence from strong drink a.k.a 'The devil's buttermilk'.
My drink is water bright
from the crystal stream...
An old Lyceum song began...

Keep all your brandy your ale and your wine...
For lips that touch liquor shall never touch mine..
from an old Temperance 'Parlour' song.
Every Lancashire village and town had at least one Temperance bar. Only one left in the county now.

In honesty Quiet on that one Wes was reflecting only the seething anger that both Lis and I had at the time. However, KK dealt with it and we then removed the thread because in Lis's opinion, which I agreed with we no longer wished that to be seen.

Iknow exactly which post Wes is referring to on that thread and it was written with hostility and agression. The poster has, on several of the forum topics exhibited this anger and aggression at one or two others. I assume he is frustrated at the way things go off topic and what he perceives is a light weight posting. In this case it touched on a man he tells us was a very good friend during his life.

There are many other ways to rebut this issue, respond, as Hiorta did, with facts and events. However, we must be able to comment on issues without it just drawing withering derision such as "drivel".

I try to not take action on issues but some recent events have gone well beyond what is acceptable and tend to devalue the forum. Spiritualism is full of personalities, of all types and we should be able to cope with disagreements better than that.

I am aware that were I to post about the psypioneer series on Gordon Higginson it would be more likely to draw the ire of an individual (or two) rather than a structured and competent debate. There are probably a couple of other areas I stear clear of for similar reasons.

To have perceived knowledge and experience is valuable, especially as so much of what has been gathered on the way has been shared on here. However we probably need to take a deep breath and post carefully at times respecting others feelings.

I also suggest that when the topic rambles, unless it has reached an apparent end, then we all seek to pull it back on track.

I have already indicated that I tend to regard the welcome and general topics (plus the forums on aspects beyond Spiritualism) as a bit freer to ramble than the main area.

So as Quiet suggested lighten up and if you don't like somethink do not disparage, or play the person, use your intellect to respond.

I am still considering a yellow card system; Lis and I edit a yellow card onto the offending posts and introduce a sin bin approach. 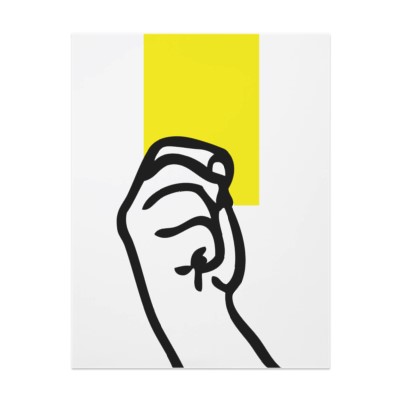 Just watch it when you get one of these, last time I saw it was when our wicket keeper got sent off the cricket pitch for biting the batsman.

I think this was a good discussion to have on the issue before matters get out of hand and also to ensure people remain comfortable posting.

Many apoligies for the rather disruptive remarks made to me by another member.
I have endeavored to keep my replies to a minimum but sometimes anger and defence takes over.
I like this site very much and find all members welcoming and friendly.
I have learned much about spiritualism in general and hope to learn more in time.
Thank you all for your patience over the last few months.
Joan (Petal)

We accept your apology, Petal.

Nothing to apologies for Joan but accepted NE Way.