The Davenport Brothers at the Melbourne Town Hall, 1876.

The Davenport Brothers at the Melbourne Town Hall, 1876. 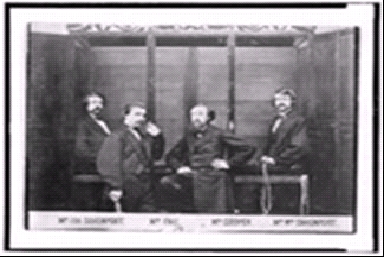